China in the World trade of Office Furniture

The ratio of exports over production in the office furniture segment amounts to around 21% in 2016 (16% in 2005). Even though this ratio is growing, it remains low compared to the furniture sector, where the export/production ratio for the same countries is around 30%. However, looking only at the office chair segment, it can be noticed that the openness of the market is higher.

The bulk of office furniture exports originates in China, Canada, Germany, Italy and the US and flows to the US, Germany, France, Canada, and the UK. 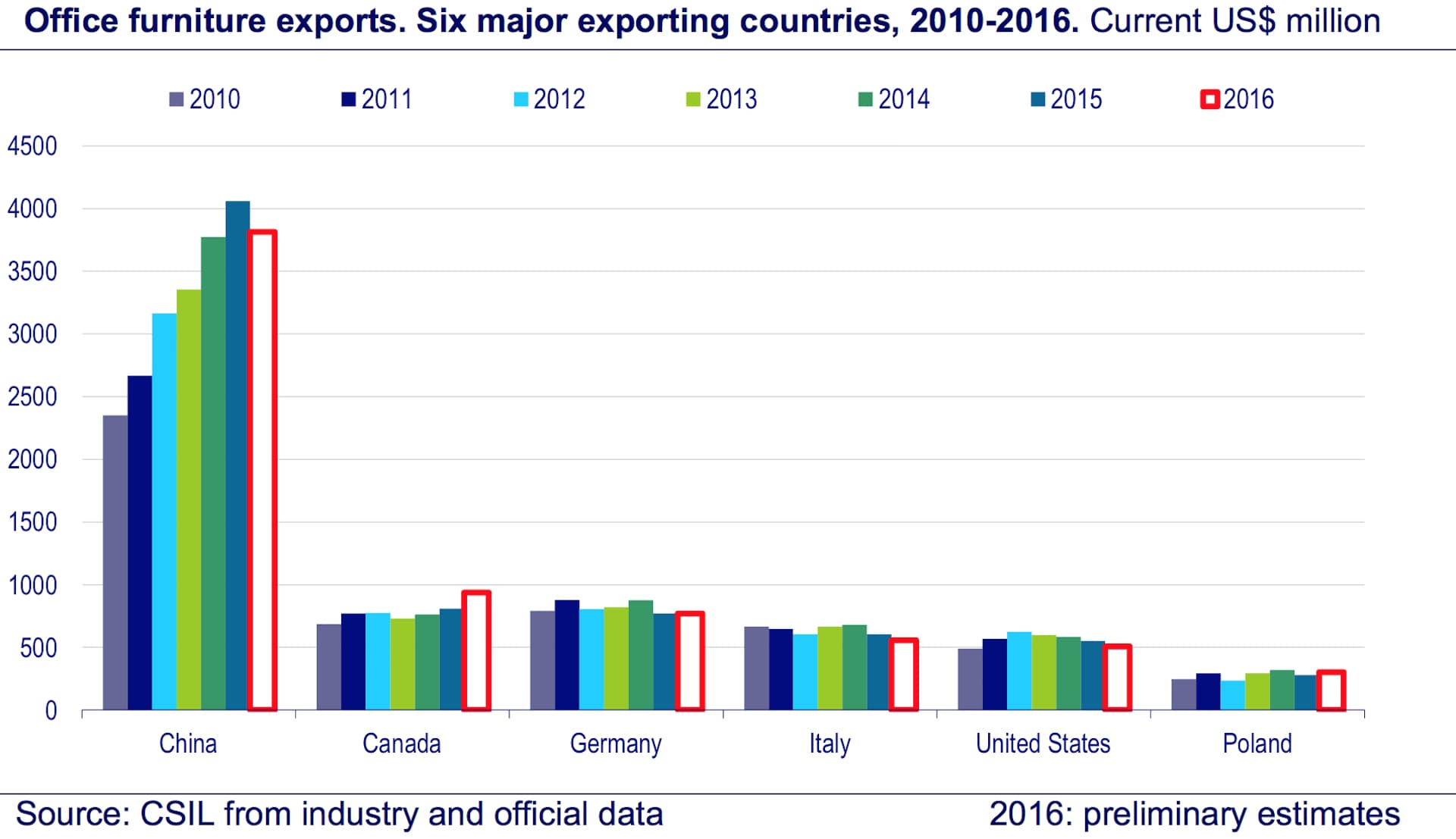 Despite the huge output produced annually, the Chinese office furniture sector shows a high level of fragmentation. CSIL estimates that the combined market share of the top ten players reaches about 11% of the total production in value. According to a 2015 CSIL survey, on a sample of 100 office furniture manufacturers, just 10 companies totalled turnover in excess of US$ 100 million in 2014 less than five surpassed US$ 200 million sales. Depending on company size, manufacturers are typically organised through several dedicated production plants, sometimes located in different cities (this is sometimes due to the different cost of labour). Typically, there are separated production for veneer or for melamine panels, metal parts manufacturing, office chairs and upholstery.

In recent years the improvement in terms of product design, booth layout during trade fairs and communication tools is evident. Brand strategy is mainly focused on the domestic market. In fact, Chinese producers still approach the foreign markets mainly through OEM production.

China is the leading supplier of office furniture for the United States, Germany, France and the United Kingdom.